Recently our office was been getting a lot of complaints that were hard for us to understand. Literally hard to understand. The messages were a series of squeaks and growls. They were sometimes very short, and other times they filled our entire answering machine queue.

After weeks of this, we knew we had to get to the bottom of the phenomenon, so we took a tape to a local animal expert at the Cincinnati Zoo.

As she reviewed the tape, she created a list of possible suspects, and had it narrowed down to three or four finalists. Finally she asked, “What does your company do again?”

When we explained that we provided the area’s strongest and most reliable dumpsters for residential or industrial purposes, she nodded knowingly.

“You have yourself some angry raccoons.” 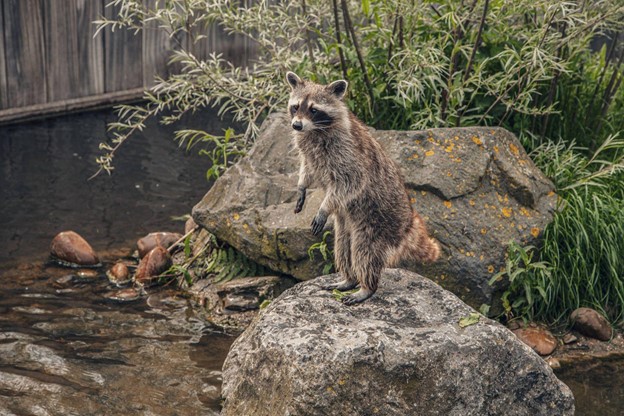 Photo by Dim Hou on Unsplash

Typically raccoons don’t care much about what you call them. Some people call them trash bandits because of the markings on their faces that make them look like they have tied a mask over their eyes.

Other people just call them vermin, because they can congregate around people and even thrive living off our waste products. These people assert that the movie “Over the Hedge” is a documentary, and that it accurately portrays the fact that it is nearly impossible to defeat a raccoon’s effort to get into your trash.

It was certainly a loving fan of raccoons that first called them “trash pandas.” For unlike other trash-eating animals like possums and rats, the markings and long fur on raccoons makes them appear cuddly and approachable, and in many ways like a small panda.

But why were the trash pandas pranking our office?

Of course, even though the specialist we contacted was able to identify the sounds as coming from raccoons, no one actually “speaks” raccoonese. Not even at the zoo.

We thought we would be left to speculate until recently Big Daddy Dumpsters actually hired a raccoon to appear in our ads. After a long day of shooting … err, he prefers if we say filming … our commercials, he opened up at the charcuterie table.

“Have you ever tried climbing into a Big Daddy Dumpster?” He didn’t wait for an answer before he continued. “Imagine if you were less than a foot tall. It’s impossible. You can’t eat like that. You can’t LIVE like that.”

So there you have it, raccoons hate Big Daddy Dumpsters because they are critter-proof.

Big Daddy Dumpster
4.3
Based on 30 reviews
See all reviewsWrite a review