Controlling Odors in Your Dumpster

You imagine the complaints rolling in as Big Daddy Dumpsters delivers your dumpster to your construction or work site at the requested time.

“Property values are plummeting and my house is on the market!”

“Eww, get that thing out of here!”

Don’t dumpsters smell? You wonder to yourself. Will my neighbors be annoyed?

Eliminate a smelly dumpster from your list of complaints today.

Here are some things you need to understand about dumpsters, and how to make sure that yours is a respected part of the construction project instead of a terrible distraction and annoyance to the crew and the neighborhood. 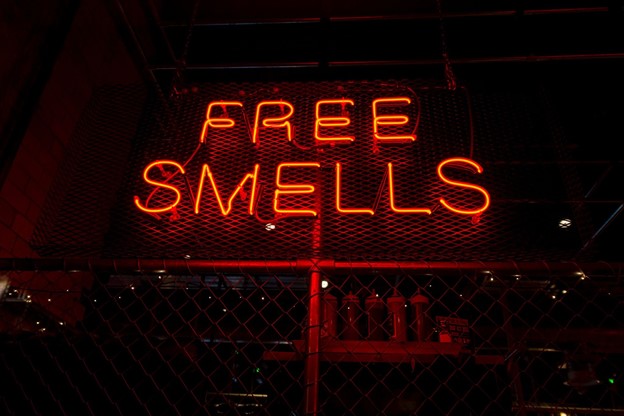 Photo by Steve Harvey on Unsplash

Watch what you put in it

You know the old adage, “You are what you eat?” Well, in some sense, the same is true for your dumpster.

Your construction dumpster should be used primarily for the specific purpose you had in mind. Most likely this is destruction, demolition, or cleanout. And most of the time, though your cleanout might involve some old moldy or soiled items, it should smell … well, not at all. It should be neutral, or a little dusty.

So the first rule of responsible dumpster management is to put in only those things that are supposed to be put in.

So if your project is typical, you will not have to worry at all about odors.

If you’re putting food or rotting material inside, read on.

Change what you put in your dumpster

A common cause for smelly dumpsters, just like trash cans, is food that has not been properly secured. Sometimes on a work site, a crew can get in the habit of throwing food waste into a dumpster. Discourage this practice.

Instead, offer your team a place to put food waste in a separate bag. Then, properly seal the bag. This can then be added to the dumpster.

Food should not be laying out in the sun and exposed to flies or other pests, because it is an invitation they will not refuse!

Cover the smell of what you put in your dumpster

If it’s too late, and your dumpster reeks because the contents are rotting, it is time to do some olfactory emergency triage.

Add copious amounts of kitty litter or baking soda to the offensive area of your dumpster. Or, if you can’t tell where exactly it is coming from, you can spray the dumpster with a water-based disinfectant. Be careful to use the right amount – enough to reach hard-to-get smells, but not so much that you are leaking irritants and chemicals into the ground and storm drains.

Big Daddy Dumpster
4.3
Based on 30 reviews
See all reviewsWrite a review